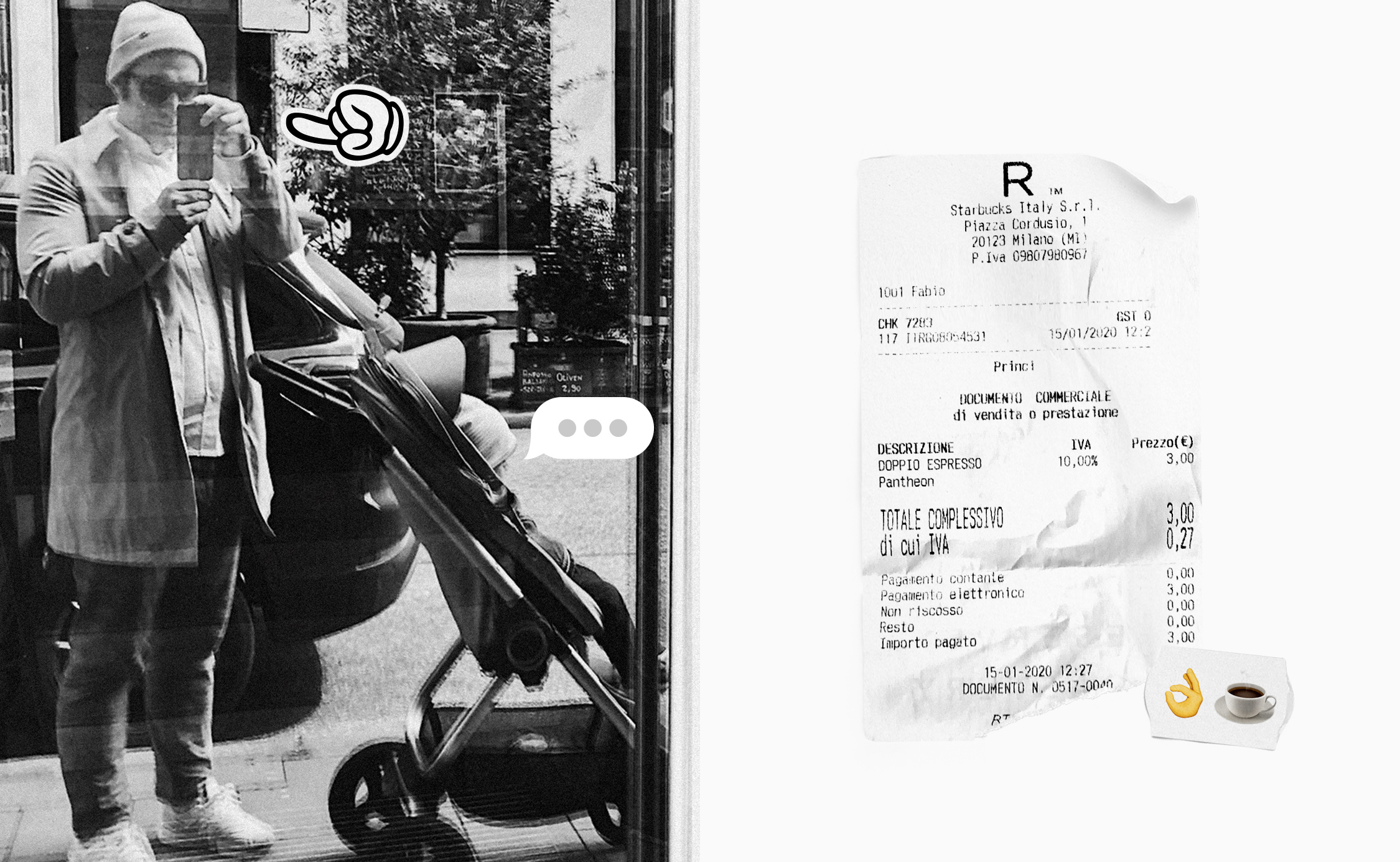 Well, let's start over with the phenomenon called curiosity. The thing, that makes me explore and do, and nudges me not to stand still.

Curiosity is undeniably my main source of inspiration that I inherited from my parents, especially from my father, who is a creative director and influenced me genetically to be what I strive to be at every moment. Curiosity formed an inspiring courage and my deep interest for design. It spurred me on to begin a journey as a creative at the Düsseldorf harbour, where I started working and pitching in for some well-known brands. This hands-on experience laid the foundation for my lifeline chapter in Italy.

Italy, the cradle of the Renaissance and haute couture, cast a spell over me, where I settled to live, study and discover a new chapter in my life. Over the years in Milan, Rome and Florence, I spent thousands of inspiring moments where I never stopped loving what I liked best. I graduated with honors degree in Design & Art Direction from Nuova Accademia di Belle Arti in Milan and continued to gain attention, winning first prize in several competitions and nominations for best design.

After great years in Italy, I returned to Germany, to Frankfurt, where I started at Saatchi & Saatchi, mainly developing campaigns. Later, I headed north to Hamburg with a stopover at Scholz & Friends, followed by FAKTOR 3 AG.

With my many years of experience as an art director and designer, I am constantly translating ideas into new designs, that I take on alone or as part of a team, depending on the effort required. I work for ambitious brands and companies that create real value through unique experiences - I am there for those who question the status quo and challenge conventions for the better.

The Dieline, Design Made in Germany Award, Adobe Achievement Awards,
Packaging Of The World, Type-Together

The Dieline, Packaging Of The World, Type-Together

Now warming up.
Everything we can talk about.

I'm not tied to corporate hierarchies and we start working together as a team. The insights we get together is a fresh start of something new. The approach is flat, fast and fun.

We dive deep into the talk between your approach, your brand, the people, community, objects and the space around it. We name your next venture, develop a unique brand identity, and shape a great digital product. For me it means visual exploration of relationships.

Once we've managed to find your brand essence - the things that matter most to you - we bring them to the table in the most impactful way possible. To make sure your visual campaign is seen, I deliver a rollout guide and give advice on media formats and channels.

This is not the end. Stay close to what’s happening here.

This website uses cookies to improve your experience while you navigate through the website. Out of these, the cookies that are categorized as necessary are stored on your browser as they are essential for the working of basic functionalities of the website. We also use third-party cookies that help us analyze and understand how you use this website. These cookies will be stored in your browser only with your consent. You also have the option to opt-out of these cookies. But opting out of some of these cookies may affect your browsing experience.
Necessary immer aktiv
Necessary cookies are absolutely essential for the website to function properly. This category only includes cookies that ensures basic functionalities and security features of the website. These cookies do not store any personal information.
Non-necessary
Any cookies that may not be particularly necessary for the website to function and is used specifically to collect user personal data via analytics, ads, other embedded contents are termed as non-necessary cookies. It is mandatory to procure user consent prior to running these cookies on your website.
SPEICHERN & AKZEPTIEREN